As I sit down to write this piece, it looks and feels like a typical December morning out there; we’ve got cold rain, increasingly strong and unkind winds, which combined don’t make it look all that inviting to be on the bank…winter is certainly coming!

Winter is probably one of my favourite times to be on the bank, the other one being spring, simply due to venues being a lot quieter meaning I’m able to keep on the move which lends itself well to my style of angling. I’m not a session angler as such, often arriving well into dark and packing up in the dark as well. This through the winter, along with many other times of the year, make sessions hard and you certainly have to be dedicated to keep going!

Due to my sessions being short I need to maximise my time on the bank, this is where modern technology helps me to keep in touch with what’s going on. I have various apps on the phone which tell me the pressure, humidity, temperature, wind direction and speed along with how much rain we’re expecting; it even tells me in two hour intervals when to expect the rain! These apps are pretty accurate and I try and keep a close eye on them as much as I can and plan sessions accordingly. However, like most out there, 99% of my angling is done on the weekend where you have to take whatever is on offer most of the time!

A recent session was no different, although it gave me a rare two nights at my syndicate where I would experience two variations of weather with me feeling confident the second night would be the one. An assumption I had made on the weather forecast my phone was telling me! One that was to leave me a little perplexed if I’m honest, it didn’t really follow the script I had written out in my head! At this point it’s certainly worth noting here that the syndicate has been fishing pretty hard of late, with the last notable hit coming a month or so ago on the back of storm Abigail where in mild, wet and gusty weather one of our members and his guest put some great angling together and ended with nine fish from a 36hr mid-week session.

Upon my arrival on Friday afternoon, having managed to blag half day at work, I was greeted with extremely gusty, yet notably mild conditions. Speaking with two members who were 48hrs into a 60hr session they hadn’t caught or seen a thing! Now the part of lake they were fishing is a popular and productive end, it is an area that’s certainly exposed to the wind and one I blanked in a couple of weeks prior in similar conditions which made me think of trying something a little different. With this in mind I headed for the top end of the lake, the end where the prevailing wind was pushing, however it was a hell of a lot warmer and sheltered! Upon arriving in a swim I saw a fish poke its head out, a few moments later there was activity a little further up so quickly jumped into the next swim up which would allow me to cover both areas of activity and give me plenty options throughout the session.

Standing in the swim for a few moments it was obvious there was a lot of activity, not just from the carp, but general fish activity with silvers moving and perch strikes taking place and clear signs of feeding going on with the small patches of bubbles breaking the surface. An area that held signs of all fish activity gave me confidence going into my first night I had the right swim choice. Now looking at the weather, I can’t say it was anything special in all fairness! I had pressure of between 1021 and 1025, 86% relative humidity, 96% cloud cover (although I would have said it was 100%) with no rain, very strong winds with massive gusts! For the moon followers out there, it was a warning crescent with the moon being 24 days old and around 405,039.18km away; however, I’m not that sure this moon phase would have a massive impact on fishing conditions, although I’m no expert! One thing I was aware of, based on the weather alone (forgetting the fish activity) I wasn’t that impressed!

Rods were ready to go, with both on the Stonze system with Bloodworm and Maggot Crush wrapped around them, a 14mm Jungle Squab pop up on one with double 14mm Meat Beast Squabs wrapped in paste on the other; both would be short braided hooklinks and a mixture of size 6 ‘The Hook’ and Gripz hooks and placed upon dark to the two areas I had seen signs of fish. It was simply a case of sitting back and start to make my way through the copious amounts of tea bags I had in supply whilst keeping an ear out for any signs I could react to.

A few hours later the Beast roared and I was in; the system had worked once again and the addition of the powerful smell of the beast cast to showing fish had resulted in one of our cracking mirrors an ounce shy of 17lb gracing the net. It had been caught on mixed emotions of fish activity and perception of poor conditions. With the rod back out on the spot, I settled down for the night with the hope of another chance; although come morning I awoke without interruption and put it straight down to the poor conditions! Although I caught so they couldn’t have been that bad….right?

The next day was spent chasing ghosts, casting to various areas of the lake and not seeing anything move! The weather was by now on the change, bringing falling pressure between 1011 and 1014, showers, falling relative humidity, increasing temperatures and slowing winds; however the cloud cover had also started to break up a little by now and as we approached night even the stars poked out to say hello. Again, for the moon followers, the moon was now 405,502.14km away with only 28% Illumination! Surly this is better conditions!

Sunday came and with it, no fish! The weather was once again on the change and the wind had pretty much calmed down to a mild korma. There were signs of fish starting to show once again, so the decision was made to stick it out till early afternoon with the hope of pinching one more fish that I had thought would have come already! As it happened, nothing would come of these extra hours and I managed to get everything into the car just as it started to rain!

Now the main thought from this session is that I caught on weather conditions I didn’t expect, then blanked on a night I thought would be my best chance! Does this show we can’t read too much into the conditions? Who knows, maybe we give them too much credit and they feed when they want to feed regardless of the conditions! Maybe my perception of ‘good’ and ‘bad’ weather isn’t right and I need to get out more on the ‘bad days’. I’ve not gone into the other variables that we need to maybe also consider; pH, dissolved oxygen, water temperature, time of year…the list is endless!

I’m already planning my annual ritual of a quick night before Christmas, with the long range forecast showing warm, wet and windy conditions; surly this is a good sign…..isn’t it?! 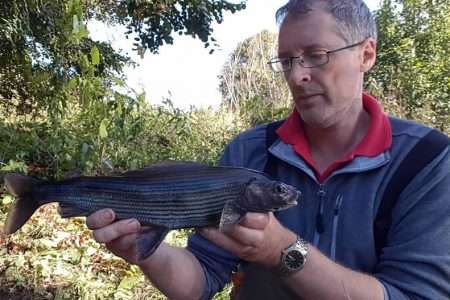 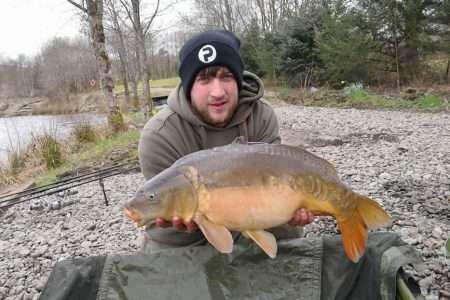 And Another For Team Pallatrax Member Tim Davies

And another for Team Pallatrax member Tim Davies.. Same tactics as before. Crave hookbait on the back of a... read more 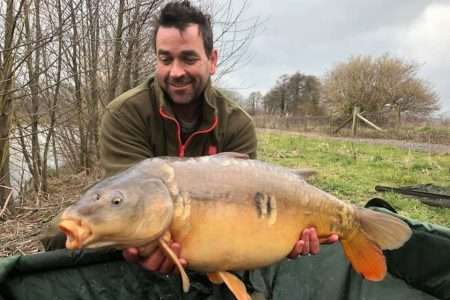 Team Pallatrax member Gary Robinson is fishing the weekend on Digger lakes and has had one already! Fishing in... read more 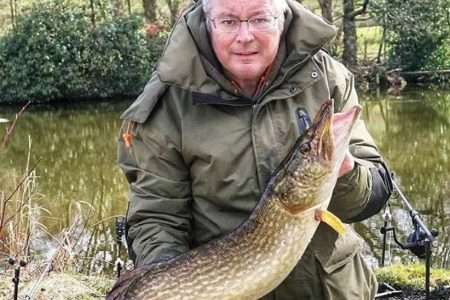 Dave Bennion Popped Out For A Spot Of Piking

Team Pallatrax member Dave Bennion popped out for a spot of piking, and employing the inline running stonze for... read more 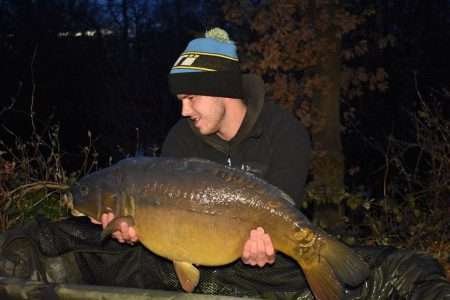 Look at these beauties !! Team Pallatrax member Ali Poulter opted to fish inline Stonze for this session and... read more 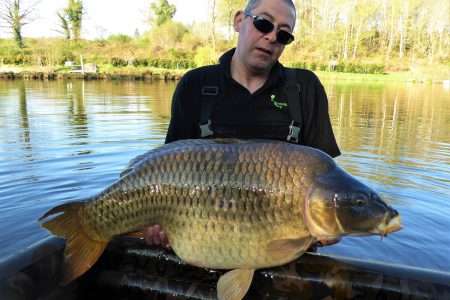 57lb Common From Etang du Planchon on the Stonze System

A cracking common of 57lb from the beautiful Etang du Planchon and yet another stunning carp caught on the... read more 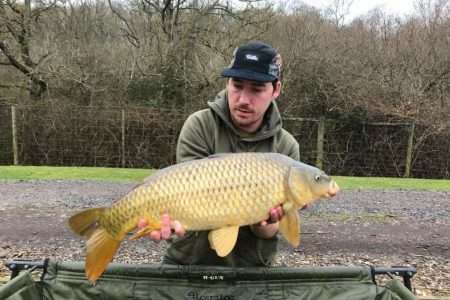 Sam Mark Pinner And This Time Its A Belting Carp

Second fish of the session 14lb common caught on the same blow back rig as the catfish!! These Stonez... read more 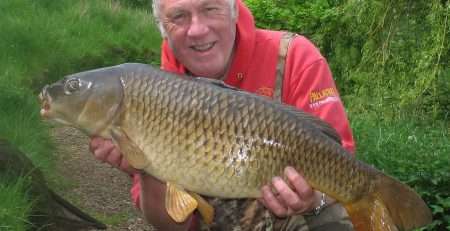 In view of the fish spawning, I did wonder whether it was worth going again the following day but... read more 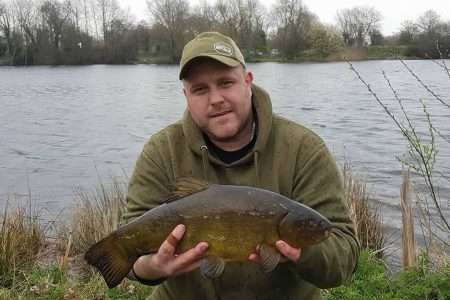 Keiron Ward, aged 10, has just returned from his first carp fishing session with his dad, Richard, who took... read more